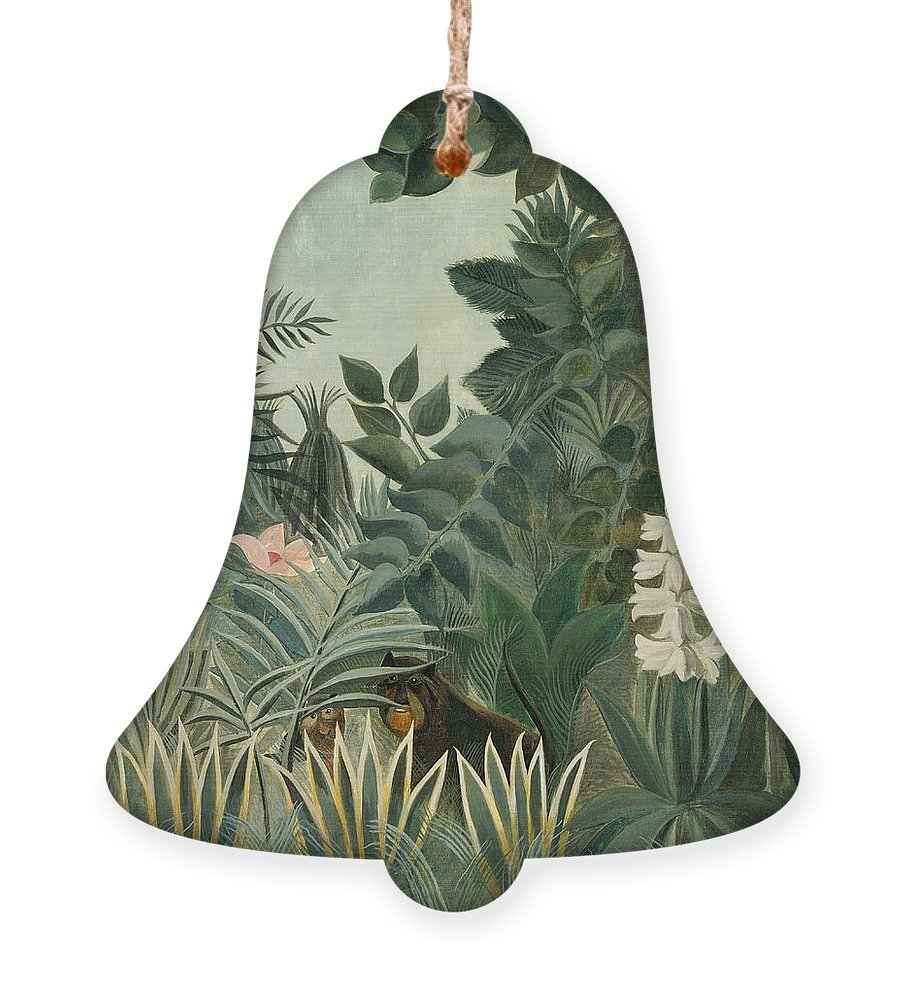 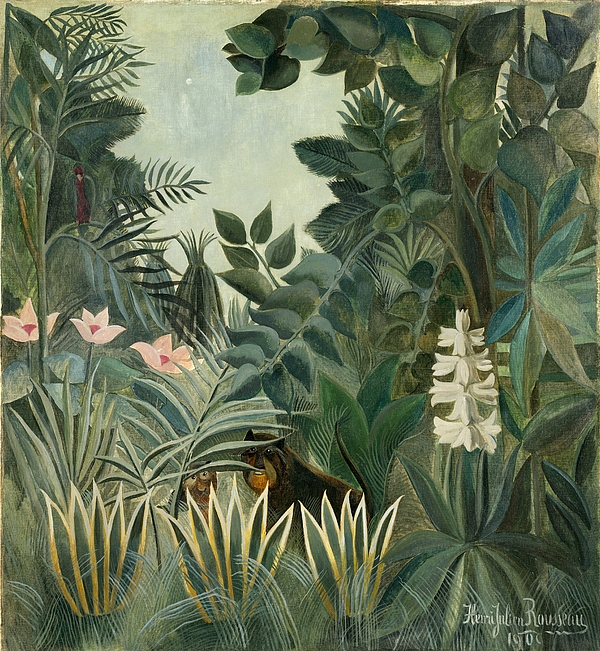 Our wooden holiday ornaments are 1/2" thick, approximately 4" tall, and include a string for easy hanging and a magnet on the back for use on refrigerators.   Ornaments are available in six different shapes, including: stars, hearts, bells, trees, ovals, and stockings.

Gently clean with a damp cloth.

Henri Rousseau The Equatorial Jungle Henri Julien Felix Rousseau was a French Post-Impressionist painter in the Naive or Primitive manner. He was also known as Le Douanier (the customs officer), a humorous description of his occupation as a toll collector. Ridiculed during his lifetime by critics, he came to be recognized as a self-taught genius whose works are of high artistic quality. Rousseau's work exerted an extensive influence on several generations of avant-garde artists. His best-known paintings depict jungle scenes, even though he never left France or saw a jungle. His inspiration came from illustrated books and the botanical gardens in Paris. To the critic Arsene Alexandre, he described his frequent visits to the Jardin des Plantes: "When I go into the glass houses and I see the strange plants of exotic lands, it seems to me that I enter into a dream."