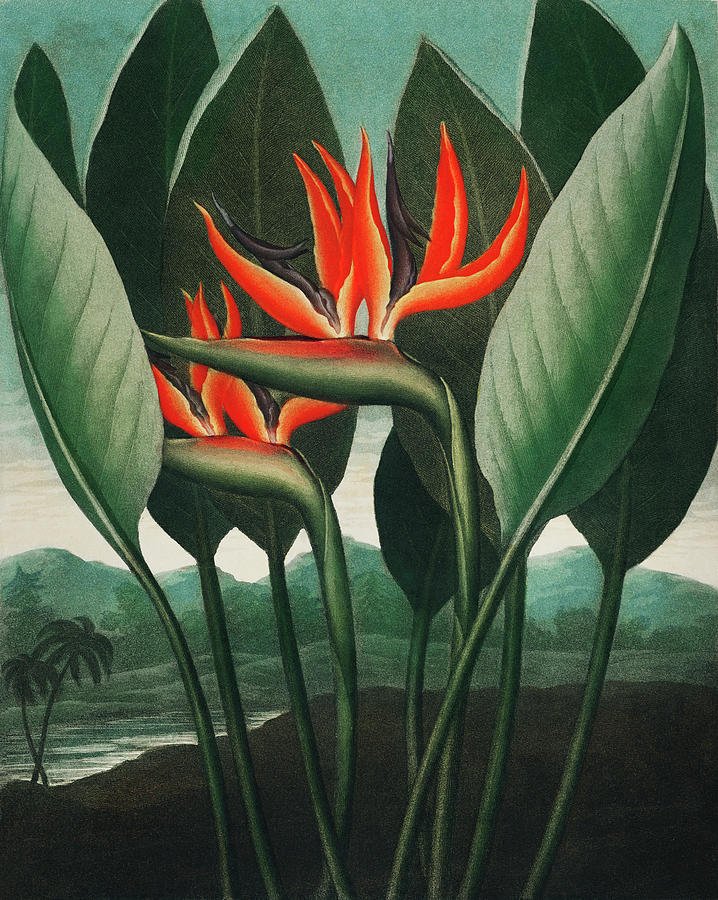 The Queen-Plant from The Temple of Flora (1807) by Robert John Thornton.
'The Queen' (Strelitzia reginae Banks). Commonly known as a bird of paradise flower. Engraving by Richard Cooper the Younger after a painting by Peter Henderson for 'The Temple of Flora,' by Robert John Thornton, 1804.
"The Temple of Flora" is considered to be the greatest of all flower books. Illustrated here is the third and final part "New illustration of the sexual system of Carolus von Linnaeus" by the English physician and botanical writer Robert John Thornton. Thornton was destined to be a priest, but switched to medicine after finding inspiration in the botanical lectures and works by Thomas Martyn and Carl Linnaeus. The exotic plants in the aquatint and mezzotint prints are notable by their epic and unusual settings.